CANCELLED
Please join us for the 2nd monthly fly-tying event at Creekwood's event room. Sodas and Waters available and Ron will be bringing his famous Chili. You may also bring your own drink. My contribution, I will be supplying ingredients and menu for Light Cahill Dun. If you would like to bring someone, let me know. Look forward to seeing you.

Robert Sullivan
Creekwood Resort
706-878-5512
creekwoodresort@windstream.net
Posted by Ted Jones at 7:56 AM No comments:

A group of middle schoolers are coming from the Warner Robins area to spend the weekend of May 13-15 in Helen. They are staying at Unicoi State Park. They are planning to get started Saturday morning no later than 9:00 am

If your chapter has members who might be able to assist for a few hours of fishing at Smith Creek or the Hooch in Helen please ask them to contact me by email.
These with be beginners and future Trout Campers


Hello friends, there is a fishing club from Bonaire Ga Middle School coming up on Saturday May to fish either Smith Creek or the Chattahoochee for their first time for trout. Twelve students and we need some mentors to help for a few hours. Not all will want to fly fish but I would like to see us get a rod in their hands.
Could you please see if any of your members would be willing to go help. We have the council meeting that morning in Dahlonega and I plan to go over to help during the afternoon.

Fishing on the Tuckasegee River today 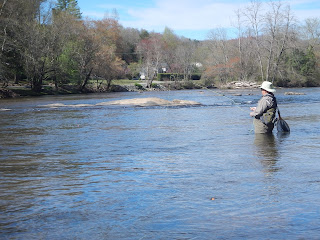 Our group went to the Tuckasegee River today.... fishing was good until the water started rising and the current pricked up.... 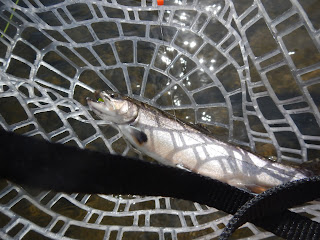 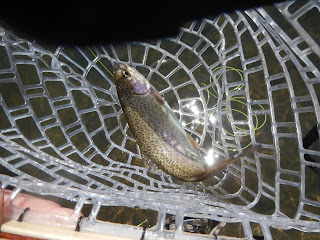 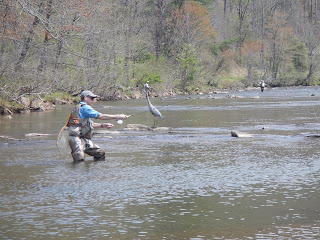 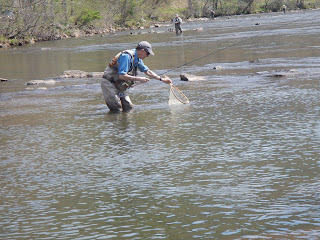 John with his friend watching

John putting them back 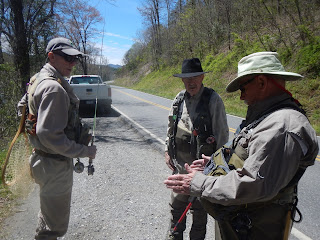 Date: 04/14/16
Time: 6:00 P.M.
Location: United Community Bank, 468 W Louise Street, Clarkesville, GA 30523
Program: small stream fly fishing for trout
Jimmy Harris will be giving the program he presented at the Orvis store in Buckhead this past Saturday on small stream fly fishing for trout.
Meet and greet at 6pm with meeting starting at 6:30 and program at 7pm. Meeting at the
Posted by Ted Jones at 9:18 AM 1 comment:


The following is from Mack Martin, our TU National Leadership Council Rep.

I had a brief discussion regarding the plight of the hunting & fishing license fee increase bill (HB872) at the last chapter meeting.

I asked the members of the chapter to contact the DNR commissioner (Mark Williams) and express their concern for the fact that the bill was pulled from consideration following the House committee meeting on February 9, 2016. Moreover, after months of meetings and discussions with hunters and fishermen throughout Georgia and the overwhelming support for the increase in license fees, no explanation has been given for this action on the part of DNR. A number of chapter members asked for the details of the timeline for the bill and contact information for Mark Williams, DNR Commissioner.

So here they are:

After the bill was introduced there were two meetings of the House Game, Fish and Parks committee where various organizations testified favorably for the passage of this bill (Trout Unlimited included). The last individual to testify in the second meeting was Mike Worley, Georgia Wildlife Federation CEO, and he stressed that income from this bill would result in approximately 10 million dollars in increased revenue and the sportsmen in Georgia would like to know where this money will be spent. The following day the bill was withdrawn by DNR with no explanation.

Prior to the introduction of HB 872, the House GP&P passed a bill, HB 483 introduced by Rep. Debbie Buckner (D-137), making the Shoal Bass the "Official Native Riverine Sportfish" and it passed the full House, this bill was a carryover from the 2015 legislative session.  HB 483 was assigned to the Senate Natural Resources and Environment Committee (NR&E).  Approximately a week after HB 872 was withdrawn, Rep. Buckner's bill was called for a hearing in the Senate committee.  This was a very unusual occurrence for a House Bill, sponsored by a Democrat, to be called for a hearing before crossover day.  Prior to the hearing, Rep. Buckner was approached to see if she objected to having a "fishing license fee" amendment attached to HB 483.  A hearing was held and the bill was discussed, but no vote was taken.

Ultimately the plan was to pass HB 483 in the Senate and ask the House to "agree" to the Senate version and if they did so the bill would be sent to the Governor for his signature.  If the House insisted on their position (the original bill) there would likely be a conference committee appointed to try and work out the differences. On March 15, 2016 the SNR&E committee voted the HB 483 out of committee with no amendments.  This essentially ended the possibility of securing additional funding for wildlife and fisheries management for this legislative session.

There are opinions as to what happened to this bill (HB872) but no official explanation has been given by anyone from DNR regarding what happened to the bill. Mark Williams  told some members of the Georgia Water Coalition team: "That the DNR did not want to push fees because it's an election year." This group believes that there were fears over any maneuver to require of how fees were to be actually allocated and used.

You can draw your own conclusion as to what went on internally in the DNR management, but in the meantime I think sportsmen in Georgia are due an explanation of why was a major funding bill pulled from consideration after so much discussion took place between conservation groups, Georgia Wildlife Federation, and sportsman all over Georgia.

You are urged to contact the DRN commissioner as a concerned sportsman and ask for a LOGICAL explanation. ("It's an election year is not a reason").

The contact information for Mark Williams is as follows: